Bhagat Singh Series: To the Mockers of Secularism 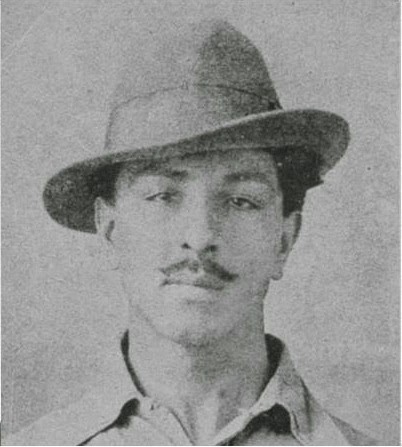 Bhagat Singh, an atheist, an advocate of socialist reform of pre - independence Indian political and social system, was an extreme supporter of the prevalence of the Secular values amongst the masses of Indian nation who were channelized by narrow minded preachers of communalism and revivalistic mentality. Bhagat Singh and his associates always spoke against the mental set up followed by religious intolerance and narrowness of social entity based on religious disparity. The comrades of HSRA and Naujawan Bharat Sabha, both having concrete influence of Bhagat Singh and other mind like revolutionaries like Sukhdev, Bhagwati Charan Vohra, Kedar Nath Sahgal etc, always condemned communalism in strong words and considered it one of the obstacle in the path of freedom of the motherland. The ideology of all these revolutionaries that they cherished was depicted in all there words and actions. Following is and excerpt from the Manifesto of Naujawan Bharat Sabha when it came into existence in 1926, the manifesto reads,
"Religious superstitions and bigotry are great hindrance in our progress.
They have proved an obstacle i our way and we must do away with them. "The thing that cannot bear free thought must perish." The are many other such weaknesses which we are to overcome. The conservativeness and orthodoxy of the Hindus, extra-territorialism and fanaticism of the Mohammedans and narrow - mindedness of all the communities in general are always exploited by the foreign enemy (British Government)."
However, the revolutionaries were always criticized and mocked by these communal power due to their stand against religious narrow mindedness. This was the stringent policy of the revolutionaries to prevail communal harmony among the masses. India devoid of any social disparity based on religion or casteism was there dreamland and they gave away there lives for this noble cause.