On the Agony of Nawab Viqar ul Mulk 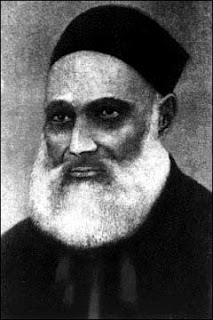 Some people live their lives in an environment of splendid name and fame but, after their demise, world showers the brutality of ignorance upon them. This is what happened actually with Nawab Mushtaq Hussain who is also known as Viqar ul Mulk. I found nothing suitable but this couplet of famous poet Fani Badayuni to describe the agony of Nawab Mushtaq Hussain “Viqar ul Mulk”. Fani says,


Nawab Viqar ul Mulk was born on March 24 1841 in Amroha (Some sources say Meerut) in his Nanihal (maternal home). Nawab Viqar ul Mulk, former law secretary of Hyderabad State, former Governor of Warangal and one of the founding fathers of All India Muslim League was a personality of higher esteem and  reputed status in British India. In 1861, during his service in the government of United Provinces (Now Utter Pradesh) he came in contact with Sir Syed Ahmed Khan and became associated with Aligarh Movement and served as the secretary of the trust also. Nawab Viqar ul Mulk died on January 27 1917 after enduring a pathetic state of paralysis resulted by a stroke in 1915. He was buried in his family graveyard in Amroha.


Grave of Nawab Viqar ul Mulk is situated in a graveyard on the outskirts of Amroha. Though, due to the frequent expansion of  the city the area surrounding the graveyard has turned into a small colony but the graveyard is still  preserving its old condition.


When I reached the place looking for the grave of Nawab Viqar ul Mulk, I could not locate the grave in first attempt for the location was very different from what I saw few years back. I managed to find a man from the locality who helped me reaching the grave. I asked him about the reconstruction of the grave to which he replied that the changes were made few months back by the caretakers of the graveyard. He told that he himself used to clean the area wherever got time to do it. 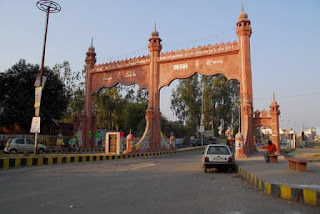 Preservation of places of historical value is generally done by the municipal board of the city. Amroha in this perspective remained a bit unfortunate for most of the buildings are now ruined due the ignorance of the administration. Though, chairperson former to current chairman of Municipal board Begam Aftab Ahmed has added something worth remembering. A gate with red stones on station road was built in the name of  Nawab Viqar ul Mulk. This gate also has tablets having names of famous personalities of Amroha from different fields. I have read and heard about the house of Nawab Viqar ul Mulk at Mohalla Shahi Chabutra but I have never happened to see the place.

In the end, I would only like to drag the attention of the concerned people to take sufficient action that the integrity of the place and person could be maintained. Though. no special treatment is desired but that which is given to the personalities of his repute should be rendered.