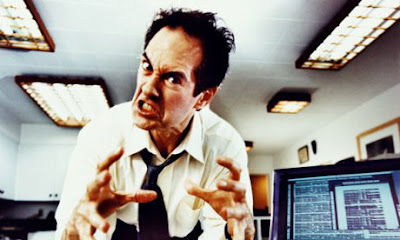 I was thinking if I was the only person who faces rude behaviour of clerks in Jamia Millia Islamia and keeps on complaining about it, but to something happened that made me think it again that I am not the only victim of ill-mannered clerks here in Jamia. I was sitting there near the playground in the Faculty of Education with my friends. A gentleman, probably a B.Ed aspirant, came and asked, “Can you tell me where I can get information about B.Ed Urdu? (Translation) I took a pause and replied, “Though, I don’t exactly know where the concerning office is where you can go and ask, but you may go to the Dean’s office there, pointing my finger towards the office, and ask them. He looked a bit upset. He replied, “I went to them and they evaded answering and told me to go some other office. When I reached that office and asked them, they pushed me back to the Dean’s office again. This is the fourth time I am running between both offices. No one is exactly telling me anything”. He looked so angry when he narrated the incident he just confronted inside one of these offices. “Let alone the information, they are not even talking properly. They are behaving very rudely. They don’t have manners. I came from a remote area just to get proper information and they are not doing any help. Everyone is saying the information is on the internet. “Are bhai jab internet par nahin mila tabhi to yahan poochhne aaye!” I could understand his feelings. He was really looking upset with the behaviour of the officials.  I said, “I think you should go to the Controller of Examinations’ office, but what if they behaved in the similar way the other clerks are dealing with you. I don’t want you to face it again, but if you think you can handle this, you may go to the office of the Controller of Examinations”. After this, he walked away. I don’t know whether he went there or not, but this incident took me to the memories of similar such incidents that I have been a victim of in Jamia offices.

I always wonder why they are to behave like this. Do they do it deliberately due to lacking mannerism or it just comes out because of heavy workload leading to frustration. Suppose, it is due to frustration caused by a heavy workload, but is it a reason to treat others rudely? They are well-educated. They are supposed to behave well. The other things I observed, when a person is frustrated he clearly indicates it through the facial expressions, but most of the time I found them gossiping, having tea or something, checking out Facebook. So, this frustration thing can be ruled out in most of the cases. Then, what are the reasons they lack polity and mannerism. This is not the case that only clerks in Jamia do this; you go anywhere in the government offices in India, you will find almost similar fashion everywhere. Whatever the reasons are for the behaviour they show, they have no right to ill-treat others. At least, we can expect some politeness from them because they are educated people.